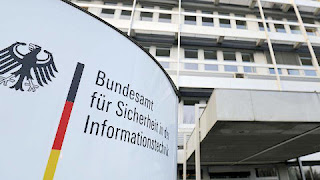 The Bundesamt für Sicherheit in der Informationstechnik (German Federal Office for Information Security) (BSI) is the German federal agency in charge of managing computer and communication security -- critical infrastructure protection, internet security, certification of security products -- for the German government. It also advises manufacturers, distributors, and users on identifying and minimizing data security risks. Like many organizations, when the GDI needs to send or receive an encrypted email, it relies on the OpenPGP standard. It creates a public/private keypair and then shares the public key with anyone who wants to send a message. That not only allows senders to know only BSI can decrypt their messages but also verify it was indeed BSI who replied to it.

Early this month Golem.de reported that the BSI, when asked for the public key by someone who wanted to submit confidential information, accidentally sent the corresponding private key. Eventually this key was revoked and a new keypair was issued, but that happened only after Golem.de contacted the BSI.

While many are looking at this event from a security standpoint, this really should be seen from the privacy standpoint: